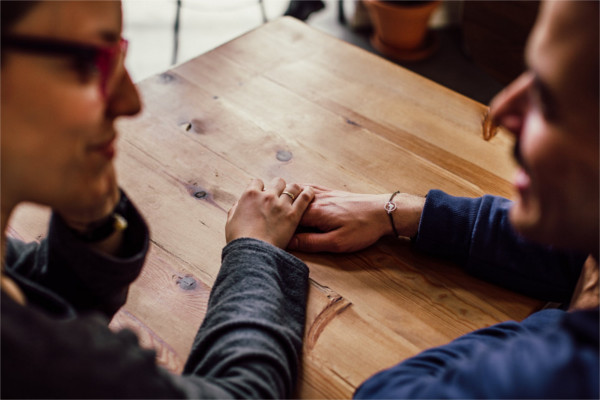 The End of the Family?

Today’s gospel reading (from Luke 2:22-40) gives us one of the few glimpses we have of the childhood of Jesus. It is the middle of three events, coming immediately after an account of the circumcision and naming of Jesus, and before a later trip to Jerusalem when Jesus was twelve. It involves a visit from Nazareth to the temple in Jerusalem. We become aware that this family are observant in their religious duties.

The point of this story is not the purification ritual of verses 22-24. It is what happens when they arrive. They encounter two elderly and significant persons, Simeon and Anna, both of whom recognise something about the child, something that indicated his future.

Simeon said the now famous Nunc Dimittis. Commentators suggest that this poem marks, for Luke, the end of the Old Testament period; a new age is about to begin. Simeon also predicted the conflicts that will arise when Jesus begins his ministry and the effect that this will have on his mother, Mary. This reading is followed by the account of another visit to Jerusalem, when Jesus was twelve years old. This is the occasion when Jesus stayed behind while his parents and their party set off on their return journey. His parents don’t notice that he is missing. We can hardly imagine such a thing. We keep a better watch on our children. But this part of the story simply reinforces how much family life has changed by narrowing our focus to a close small unit and away from more extended relationships.

But, again, the point of this story is not to expose the parenting practices of the Holy Family. It is to show how Jesus engaged with the scholars in the temple. These three accounts are presented with hindsight. The readers already know how the story ends and who Jesus was. These stories confirm what they already know and show that it was always so, right from the childhood of the Saviour.

Yet, even if these stories contain some reading back of concepts developed later, we find them set within a social structure that had both positive and negative features. We see parents facing up to religious and social customs and struggling to provide for their child in an appropriate way (leaving aside the unusual properties of the child in question).

As I commented in my sermon on Pentecost 2 in June, Old Testament patriarchal family life would certainly be unacceptable today. I noted Sarah and Abraham’s exploitation of the slave Hagar. The typical family structure was extended in ways that we would find impossible. We could go through all the patriarchal families and discover similar unacceptable things. I will also spare you an account of the violence, incest and adultery that marked the family of King David.

Patriarchal families had many features about them that we would find unsatisfactory. We may even regard them as immoral and some features of them would be illegal in our society. As social arrangements, however, they had some strengths. They offered strong social support. Those belonging to such families were enveloped by structures that provided a place for every person. But they also had what we would regard as serious deficits. Those belonging to such families had hardly any individual identity. Indeed, concepts such as self-expression, or personal autonomy, would have been unintelligible to them. Those concepts are, however, very much a part of what we regard as proper family life.

On the other hand, the Book of Proverbs ends with the extoling of “the capable wife” and presents a picture of an industrious, intelligent and capable woman who, although still subject to her husband, runs a household and conducts a business that enhances the family’s health.[1] In its treatment of women, the Old Testament is not consistent.

I draw nothing from this except to say that the Bible does not provide a single model for marriage and that much of what it does provide is unsuitable for contemporary family life.

The end of 2017 brought us to the passing of legislation authorising same sex marriage in Australia. It was a fraught debate, with our own diocese contributing $1 million to the No campaign. That donation was controversial and not approved by many in the diocese, including some staunch supporters of the diocesan line. An attempt to debate the donation at the annual Synod meeting was stifled by the cynical use of a procedural device. The authorities obviously did not want to expose division, though it would have been more honest to do so.

Many of us will have voted YES because of, and not despite, our faith. None of you will be surprised to know that I was one of them. Others of us will have voted NO for the same reason, their faith. The formal opposition to the legislation expressed fear about its effects on the institution of marriage and on the family. I don’t need to rehearse those arguments in detail but we should note that the evidence of the Bible itself is of social institutions that changed considerably over time.

The other event at the end of this year that reflects on the family theme is the release of the Report of the Royal Commission into Institutional Child Abuse. The church frequently uses the family as an image for itself. It describes itself as the bride of Christ. It calls us children of God. The relationship between Christ and the church is a primary theme in describing the theology of marriage. Yet, as a family, we, the church, have been sadly deficient, subjecting our children to unacceptable behaviours from those who were supposed to be their protectors.

The Commission’s section on the Anglican Church makes chilling reading.[2] The commissioners have very perceptively analysed the working of our church and made recommendations that are not only appropriate in themselves but are accurately targeted. Our constitutional structure, designed to protect the theological differences we suffer, and heavily influenced by the will of our diocese, makes it almost impossible for us to achieve a national consensus about anything. We have suffered from significant failures of episcopal leadership, often by bishops otherwise held in high regard. We are unable to hold our senior officials responsible for their actions. We have been unaware of the reality and effects of child sexual abuse, even when presented to us directly by the abused.

As a result, children have suffered when they could have been protected. Children continued to suffer when the predators were known and could have been stopped. In the long run, the ordinary people of the church will also suffer as resources are diverted to compensation and protective services.

Lord, have mercy upon us;

Christ, have mercy upon us;

Lord, have mercy upon us.