For those of you who haven’t got time to read through the lengthy Equal Voices submission to the ‘Religious Freedom’ Bills, below is a summary, highlighting its key themes.  For the full document click here.

The government has released what’s called an ‘exposure draft’ of its ‘Religious Freedom’ legislation, which is part of its response to the Religious Freedom Review, chaired by Philip Ruddock, which came on the heels of the legalisation of marriage equality. The centrepiece law is the Religious Discrimination Bill (the Bill). This would add to four existing federal discrimination laws (race, sex, disability & age) protection based on the attribute of religion. It is already unlawful to discriminate on the grounds of religion under the Fair Work Act. All states and territories have separate discrimination laws and all except South Australia and NSW cover ‘religion’.

It has long been recognised that there is a gap, small but significant, in relation to protection for religion at the federal level. We commend the government for attempting to fill this. The Attorney-General flagged that he would introduce a ‘conventional’ discrimination law, that is one that mirrors existing laws. The majority of this Bill is conventional. However, three clauses in particular stand out as literally extra-ordinary, sections 8, 10 and 41. Additional, important problems with the operation of the Bill are amplified by these sections.

The first is to reduce the range of bodies that qualify for the exemption. This is based on the general principle that those in the private sphere should enjoy less legal regulation than those in the public domain. For instance, discrimination law doesn’t generally operate in private households. Section 10 reduces the regulation of religious bodies by exonerating them from the operation of the law. But many religious bodies are very large enterprises, many receive substantial public funding and provide large-scale services to the public. It is inappropriate to treat them just as if they were a private household or voluntary club or association.

The second proposal addresses the Bill’s eccentric definition of religious bodies (or institutions) as ‘natural persons’. The definition is frankly inexplicable. Neither domestic nor international law give institutions attributes such as sex, disability, age, etc. Section 10 gives institutions protection, while giving individuals within them little or no equivalent safeguard. The submission highlights the power imbalances that operate between individuals and institutions and gives examples. The definition should be removed.

The third proposal is to change the way the section activates its immunity for religious bodies, which we call the ‘conduct standard’. This involves how a religious belief can be used to justify conduct so it becomes exempt under s 10. The laxer the standard, the more types of conduct are justifiable. In the context of religious bodies, this may permit arbitrary decision-making, and the submission illustrates this by reference to two cases of discrimination.

The fourth proposal is a safeguard provision to make sure that section 10 doesn’t detract from existing protections under other laws. Other parts of the Bill expressly override other discrimination laws (s 41). While section 10 is intended to provide an exemption only for discrimination related to religion, many experts believe that it may indirectly permit discrimination on the grounds of other attributes. This has the effect of indirectly shoring up, or even extending, exemptions under other laws. Given the behaviour of some religious bodies, this is especially troubling for LGBTIQ+ people and allies.

The submission makes a number of other more minor recommendations on other sections and provisions of the Bill. These align with the recommendations of many other stakeholders and legal experts.

Equal Voices has the vision of an equal place at the table. We are LGBTIQA+ people with our allies connecting, collaborating and advocating across Australia on matters of inclusion. We are supporting Australian churches and society in becoming fully affirming which means they acknowledge, respect, utilise and celebrate the gifts of all people, regardless of sexuality, gender identity or intersex status.

Today we ask you to join us in this work for 2019, click membership to sign up now.

We would like to take this opportunity to introduce you to just one of our members, Simon*. Simon has been a member of Equal Voices since early 2018.  Equal Voices has empowered Simon and others like him to claim his place at the table and work towards inclusion for all. For Simon, working with Equal voices for the inclusion of all has been life changing.

This is Simon’s story. Simon was raised in the Church, attended a Christian School and thrived in his Christian community. He was very active in his church, running youth groups, leadership training, preaching and teaching, but he had a secret. He was attracted to other men.

The teaching he had grown up with in the Church was that being lesbian, gay, bisexual, transgender, intersex or queer was evil, was a lie of the devil and a sickness from which a person could be healed. Simon remembers one sermon that described being gay as a form of idolatry – because your passion and desire has turned from God and onto people of the same sex and, by extension, yourself.

In his youth, Simon internalised these beliefs. Over and over, he was led to believe that being gay was contrary to God’s design, and that there was a sickness inside of him. Simon tried for years to change himself. He prayed night and day, pleading with God to take away the darkness inside of him.

Simon shares a story when he was in his early 20’s;

“After leaving church, I was walking home. I had a powerful experience of God during that service. I felt like my curse had been lifted. However, on the way home, I noticed another man. There was a brief smile between the two of us as we walked past each other. This was enough for me to spiral down into the lowest depth. I remember praying, begging that God would make me blind so that I would no longer be tempted in my thoughts.”

For years Simon continued to pray daily that God would change him. It eventually became too much to bear. The years of emotional turmoil had taken its toll and Simon had become seriously mentally ill and was contemplating ending his life. Simon recalled,

“There was no other way out. I had been to prayer meeting after prayer meeting. Confessed and re-confessed. Healed and then broken again. The only conclusion I had was that God wouldn’t heal me so God must have abandoned me. I was too much of a mess even for God. The only way out I could see was to end my life.”

Simon slowly began to recover, but the sense that God had abandoned him remained. When Simon first met another gay Christian he finally realised he wasn’t alone. In talking with other gay Christians, Simon learnt that there were other ways to understand the Bible, and that LGBTIQA+ people are fearfully and wonderfully created in the image of God. God created and loves LGBTIQA+ people.

Simon wishes that Equal Voices had existed when he was going through his darkest time.

“The work that Equal Voices is doing is lifesaving. It is the leading voice in the Christian community declaring the truth that God loves LGBTIQA+ people.”

Simon is now part of the Equal Voice’s alliance of LGBTIQA+ Christians and allies. Equal Voices is connecting, collaborating and advocating across Australia on matters of inclusion. They are supporting Australian churches and society in becoming fully affirming which means they acknowledge, respect, and celebrate the gifts of all people, regardless of, sexuality, gender identity or intersex status.

At Equal voices we are building a movement, but we are still only just beginning.

Instructions: To become a member we ask that you go to our membership (click this link). Please select the PayPal button below your desired membership level, which includes an option to either login to your PayPal account or pay by card. A confirmation email will be sent to the email address provided.

On behalf of the Equal Voices team we thank you for your support.

*At his request, ‘Simon’ is a pseudonym.

Equal Voices grieves with all LGBTIQ+ people who are feeling afresh the pain and trauma of their experiences of Sexual Orientation Change Efforts (SOCE) in Christian churches in the wake of the recent media release from Hillsong (14 February 2019).

Our members come from across Australian churches, denominational affiliations and traditions, and we share a love for Christ’s church and a desire to see all of our churches become truly welcoming and affirming places that acknowledge, respect, utilise and celebrate the gifts of all, regardless of sex, sexuality, sexual orientation, gender identity or intersex status.

Equal Voices acknowledges the terribly destructive impact of SOCE messaging on so many, including the messaging contained in multiple audio cassettes, VHS tapes and other recordings of Hillsong preachers and guest speakers, who use such descriptors as ‘broken,’ ‘damaged’, ‘sinful,’ and ‘not according to God’s plan,’ to describe those who are LGBTIQ+, encouraging them to seek treatment or prayers, and be ‘healed’.

We acknowledge the pain and grief of people who were asked to step down from leadership roles because of their sexual and/or gender diversity. We recognize and stand by our Equal Voices community who express disappointment at Hillsong’s statement. We agree with comments made that it would have been better to acknowledge past wrongdoing and repented of it; thereby offering much needed comfort and support to those so adversely affected.

Equal Voices would like to offer our support to Hillsong to address some of these issues.

Your registration has been received and we look forward to seeing you at the conference in October. You should receive an email in the next few minutes confirming your registration. If it doesn’t arrive within 30 minutes check your junk mail folder and if you cannot find it there please contact us via the contact page on this website. 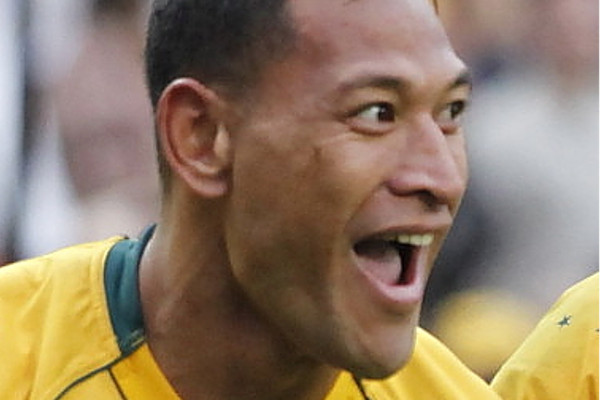 A response to ‘those’ words

There has been much written about Israel Folau’s recent comments. I could go into a theological treatise about why his interpretation of ‘those’ passages are wrong. I could ask him to think about the impact of his words on people. I could also decry him as not being a ‘real’ Christian. I am not going to do any of those things, and here’s why:

My response is this:

I am so very sorry that once again some of the most vulnerable people in our communities are being made scapegoats of the Church. I am so sorry for the hurt these words will cause you, for the angst that I cannot heal. I am sorry that you may feel self-loathing or that you can never be good enough. I am sorry if these words evoked memories of feeling that way, feelings which, perhaps, you thought were in the past. I am sorry I can’t take away the pain, or hurt or rejection, and I am sorry I cannot silence these voices that speak so prominently in our society in the name of Jesus.

Sometimes I dream about an ideal church where no one wounds each other, intentionally or unintentionally. A church where people are happy all the time. A church where we always sing great worship songs (which just happen to coincide precisely with my taste in music). But I know we live in the real world, where real Christians are also real humans. And I wonder if maybe the ideal church is the one where we can ask forgiveness from God, from each other, and from ourselves. Where we can choose to each day try to love one another, just as God made us, with all our differences, abilities and humanness. I wonder if the ideal church is the one where everyone is welcome. Especially you.